No new units are available in Bhadra Legacy

Bhadra Landmarks employs a talented team of professionals, high skilled manpower, and efficient processes, enabling the ingrained culture to deliver iconic living spaces. In a professional environment supported by ERP, best human resource practices and by adhering to High safety Standards the vision ‘to transform the world of construction with quality’ is endorsed in every act of our business endeavor. 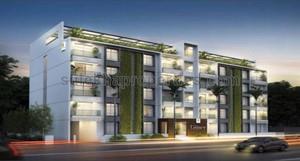 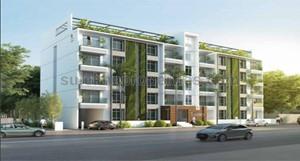 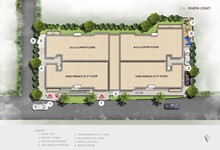 Bhadra Landmarks Pvt Ltd proudly presents Bhadra Legacy, located in Bangalore. Revitalize your life in a home next to nature. Enjoy all the blissfulness of nature and modernity. Bhadra Legacy offers you all the facilities to build your dream home. The project is sited at makes your life valuable in every way.

Ulsoor is one of the oldest neighbourhoods in the city of Bangalore. It is located in central Bangalore, and begins roughly near the eastern terminus of MG Road. Some of the main thoroughfares in Ulsoor are CMH Road, Cambridge Road, Ulsoor Road and Old Madras Road. CMH Road has several fashion outlets and supermarkets and is the main shopping area for the residents of Ulsoor and the neighbouring Indiranagar. MG Road, arguably the most well-known road in Bangalore, is a short walk from Ulsoor. There are two Bangalore Metro Rail stations located in Ulsoor i.e. Ulsoor and Trinity. The Bangalore Central railway station is also in close vicinity. The presence of many schools, colleges, hospitals, health care centers and eatery joints allow smooth functioning of daily life for the residents of this place.