No new units are available in Ekadanta Flats

Madhuri Foundations is a reputed and respected name in the construction arena with a number of successful projects to our name we aim to be trendsetters in the business. Our reputation has been built on the strong foundation of service, quality and punctuality. We have apartments and flats in prominent locations in Chennai. All the Madhuri Foundations projects are natured with almost care. Right from the beginning, whether it is at the site or at the drawing board, the team works in tandem - from the laying of the foundation, to the handing over keys - perhaps the reason why we succeed

Why Buy at Ekadanta Flats ?

Has Open Terrace and Landscaped Garden 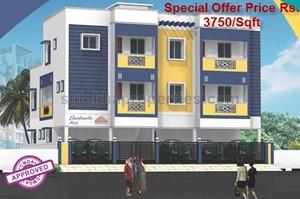 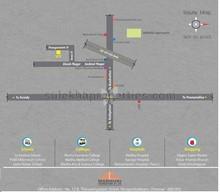 Madhuri Foundations presents Ekadanta Flats in Porur, Chennai. It is a reputed and respected construction company with a number of successful projects. Their aim is to be the trendsetters in the business. Their reputation has been built on the strong foundation of service, quality and punctuality. The company constructs apartments and flats in the prominent locations in Chennai.

Ekadanta Flats is a privileged residential project that presents you luxurious and comfortable homes in a prominent site. This is an ideal 1, 2 & 3 BHK apartment which is carefully crafted, thoughtfully designed and conveniently located close to your daily needs. The apartment has spacious rooms with ample ventilation and it provides you the best of community living with all the security and privacy you need. Enjoy your life with the world-class modern amenities with your loved ones. Lead a comfortable and relaxed life at Ekadanta Flats which fulfills everything that you have wished.

The project offers one of the rare amenities:

Porur is the most prominent and developed residential locality of the Chennai city. Being located in a vital position on the Mount-Poonamalle Road, Porur is known for its Chemical Industries, Manufacturing Plants, IT Corridors, residential colonies and vegetable markets.

Porur is well-connected through the bus networks. The recent construction of the flyover on the Porur-Poonamalle Road has drastically reduced the traffic congestion in Porur.

Another economically viable mode of transport is through share autos. People in this locality make the best use of share autos for their convenient travel.

The most-renowned MIOT and Ramachandra Hospitals are located at a short distance of 4 kms.

News Kolapakkam, one of the popular and best place to have property in Chennai is located in suburb Chennai West