No new units are available in Embassy Edge

Why Buy at Embassy Edge ? 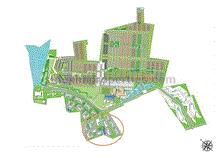 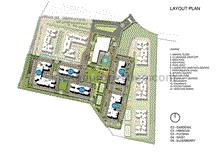 This ever-developing residential community is designed for holistic living. Being the first of its kind in the country, Embassy Edge offers world-class amenities to its residents. The residential development has 82% open spaces with greenery and landscape. Aesthetically designed apartments are spread over 5 high rise towers which ensure an uninterrupted view of the lush greenery and the man-made lake. Homes here are built in such a way that they allow maximum light orientation and air ventilation. The expansive abodes are expertly designed in an ideal location for those who want to be away from the commotion of the city while keeping up with the fast-paced life. Enrich your life and start living smartly with Amazon Alexa enabled homes.

Devanahalli, a historically significant town is located 40 kilometers to the north-east of Bangalore. This town is the hub of all infrastructural developments happening in Bangalore. Devanahalli is the site of Kempegowda International Airport. Adjoining the airport will crop up a multibillion-dollar Devanahalli Business Park with two IT Parks on around 400 acres. An Aerospace Park, Science Park and a ?10 billion Financial City are also rising up. Besides these specialties, a new Satellite Ring Road will connect the city with Doddaballapur. Also, Devanahalli is situated near the upcoming BIAL IT Investment Region, which is going to be the largest IT hub of India.