Enclosed by a serene ambience

Close to Jaya College of Education 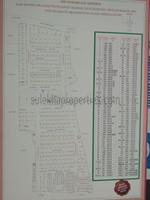 Gravity Space Sri Shanmugam Garden is a DTCP approved residential layout established by Ashish Housing Properties in Thiruninravur, Chennai. This is a well-established layout surrounded by green trees and plantations. There are 165 units in total with the freehold ownership. The carpet area of the development ranges from 417 to 3047 sq. ft. Thiruninravur is a rapidly developing realty market with the growing infrastructure and connectivity. It is one of the most sought-after areas for buying a plot in Chennai with good investment value. Gravity Space offers these plots with all the necessary amenities to have the best living experience, so own your piece of land at Gravity Space Sri Shanmugam Garden for a high investment return in the future.

Thiruninravur, most known for its temples, is situated on the western part of Chennai, about 29 km from the Chennai Central Railway Station. This suburb falls under the Chennai Metropolitan area. Hridayaleeswarar Temple and Bakthavatsala Perumal Temple are the most popular ancient temples situated in this region. Thiruninravur is a major hub for its neighboring villages and towns because of its easy accessibility.

Thiruninravur is well-connected to other parts of the city through its extensive road and rail networks.

Thiruninravur has several numbers of reputed educational institutions, hospitals, banks, shopping complexes, restaurants, and other civic utilities. Some of the most famous ones include: