No new units are available in Greater Lake Dew

Greater Bangalore Estates, one of the top builders and developers in Bangalore, established in 1996, are pioneers in promoting and developing residential properties in Bangalore and its periphery. With a team of expert consultants and associates who possess technical depth, ethical standards and integrated expertise, it has succeeded in fulfilling the customers' need for high appreciating properties with timely deliverables, while maintaining the finest standards of business practices in all its endeavours. At Greater Bangalore Estates , one of the leading land developers and builders in Bangalore we understand that our role is to create peace of mind by creating an effortless, stress free environment that ensures that the client receives what they want, each time - every time. The testimonials of our customers are a proof of our efficiency, transparency and integrity. Greater Bangalore Estate, real estate builders in Bangalore understands and appreciates the value of a healthy and sustainable environment for generations to come. To achieve this we have taken steps to assure minimum stress on environment and apply eco friendly methods in our projects. "Greater Bangalore Estates is inspired by the customer's dreams, and strive to provide them with nothing but the best in living spaces." 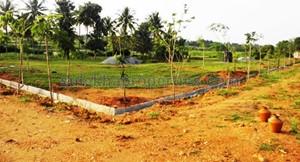 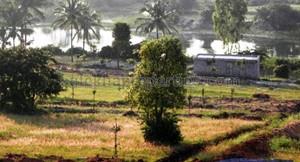 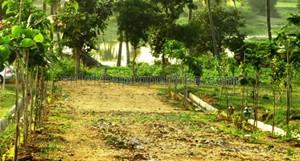 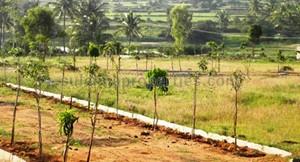 Liquid Asset Here's your chance to invest in a piece of art. Lake Dew - an apt opportunity to own heaven on earth. The project showcases nothing but the purest - a scenic lake amidst acres of lush green fields. Imagine a life beside a pristine, tranquil lake. Now, whether you indulge in the childhood pastime of skidding pebbles off its surface, walk its perimeter watching the sky reflected on it or just sit beside it shedding the tensions of a hectic lifestyle, it will never fail to bring on an overwhelming sense of calm. With big industries like Ashok Leyland, TVS, Bata, Titan to name a few and the proposed IT SEZ and the Multiproduct SEZ at Hosur and the proposed SIPCOT III at Shoolagiri only mean prestige and development of the area.

Situated just off the proposed Bangalore - Chennai Industrial Corridor and easily accessible to Bangalore Electronic City by 6 Lane Road and to Bangalore by elevated 4 lane expressway.