No new units are available in Green Aristo Residency

Green group marked the beginning of a new era in the history of real estate, Surat. The journey begun with constructing small houses and flats and slowly started expanding, covering areas around Ankleshwar and Bharuch. After the construction of Teerth, Tithi and Vaithya, the group introduced the concept of high rise buildings in Surat for the first time. In Magob we came up with projects like Sarita, Surbhi and Girdhar Park. Alongside, we also started constructing in the areas like Varacha, Vesu, Amroli and Utran. The group did significant constructions in Adajan and nearby areas. The culture of our nation is diverse and to retain oneness among this diversity, the group introduced the pioneering concept of integrated township for the first time in Surat, as a part of Surat residential projects where we have built numerous living spaces along with park, club and lots of exciting residential features. The concept of furnished sample flats in Surat was also introduced by Green Group in the industry around Surat region. The group boasts of certain landmark constructions that have added aesthetic values to the city&rsquo;s infrastructure. Foundation The Group as named "Green Group" was formed by Mr. Alpesh G. Kotadia, Mr. VK Ravani B.E. (Civil) and other partners who developed luxurious and comfortable living projects in association with Green Group like Green Valley, Green Avenue, Green Enclave, Green Arcade, Green Hills, Green Plaza, Green Terrace and Green City. Now Mr. Alpesh G Kotadia retains the name "Green Group". The success of the group is also shared by our staff members who have been working with us since the beginning of the group. They surely form the backbone of the company and their 32 year old journey in the company is a proof of the consistency and reliability of the group. Today Green group continues to inspire all builders in Surat due to its policies and achievements. Our Esteemed Clients We have a wide range of premium customers including Government employees, Private Limited company&rsquo;s employees and Local residents of Surat city. The Group is obliged by financial institutions like "HDFC Ltd", State Bank of India, Standard Chartered Bank, ICICI Bank, AXIS Bank, Syndicate bank, Bank of Baroda; etc. that chose us over other builders in Surat and gave us a chance to construct commercial spaces for them. 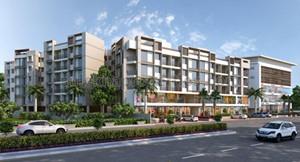