No new units are available in Prestige Westholme

Since its formation in 1986, the Prestige Group has redefined the landscape of South India, across different verticals including Residential, Commercial, Leisure, Hospitality and Retail. A quick glance at the numbers would reveal 195 Completed Projects that spans over 67 million sqft of developed area. Add to this, are another 65 on-going projects comprising around 70.45 million sqft & 36 upcoming projects totalling 48 million sqft. Their residential projects include Townships, Apartments, Luxury Villas, Mansions, Row Houses, Town Homes and Golf Developments. In a list of firsts for residential excellence, Prestige's Lakeside Habitat became Bangalore's first Disney-themed Luxury Township, while Golfshire took the numero-uno slot for a property to be crafted around an 18-Hole Championship Golf Course. Creating Residential landmarks have become a habit for the Prestige Group with the elevation of Prestige Elgin, Acropolis, St. John's Wood and Golfshire, amongst several others. The developer has also had the privilege of being the first and only Real Estate Company in Bangalore to have won the FIABCI Award (a globally recognised one for excellence in Real Estate). This ISO 9001:2000 certified organization was also recently accredited with the Crisil DA1 Developer Rating in recognition of the quality in their projects, making them the ONLY Property Developer across India to receive this distinction. The past decade has seen the Group Company receive over 100 reputed awards, in a clear show of excellence. The past 25 years have seen Prestige expand their reach beSyond Bangalore, to Chennai, Goa, Hyderabad, Kochi and Mangalore. This trailblazing success can be attributed to their corporate philosophy of "under promise and over deliver". 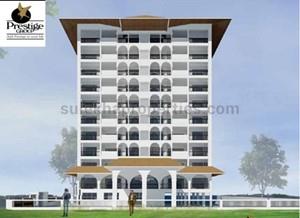 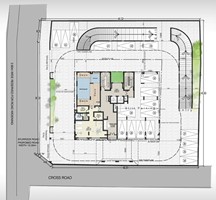