No new units are available in Ramakripa 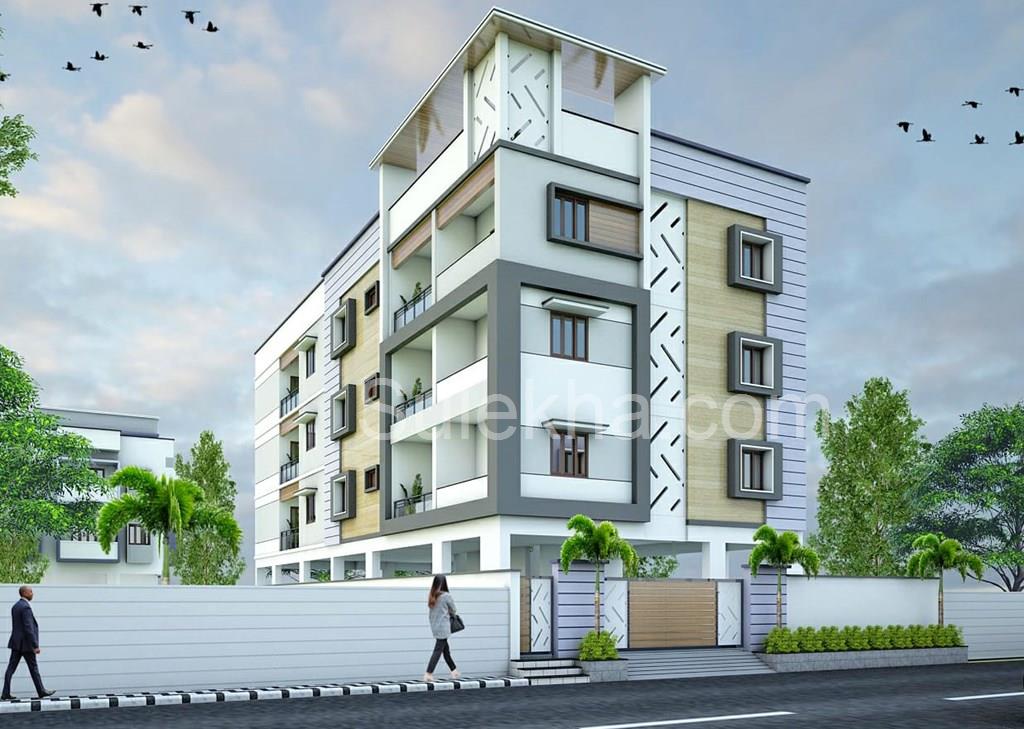 About Us Sreenivas Housing was pioneered by Mr. G.Durai in 1960’s with a vision of delivering quality housing. The company now has developed into a dynamic organization in the able guidance of his son Mr. D.Elumalai, an ambitious Civil Engineering graduate from Anna University, who took over from his father in 1989. Our core values – Integrity, Innovation and Quality - drive us to achieve excellence. We create positive, memorable experience for our customers and establish a lasting relationship with them, because our action is guided by our core values. We are committed to excellence in all that we do. We believe that on time delivery of the highest quality projects for the best value is only part of the equation. The company benefits from the expertise of our team, whose members are eminent professionals, who have dedicated them entirely to achieve the company’s goal. The Company has got SME3 rating (Indicates reliability of company's performance) from Crisis which is a significant milestone in the history of Sreenivas Housing. We extend our gratitude to our customers who have trusted us with their dream of living in a happy home, without whom the success story wouldn’t have become a reality. Services Sreenivas Housing Homes are designed to give you a cosy ambience and comfort. We build flat either by outright purchase of land or through a joint venture with landowners. We undertake construction contracts for residential houses, commercial complexes, Schools, Colleges, etc. Sreenivas Housing has the experience of engaging in the promotion of Residential, Religious, Commercial and Educational Organizations across the emerging markets. Unique designs and interiors to match, Sreenivas Housing caters to the excellent taste of its customers. A professional team is in place to handle the varied requirements of our customers. Our maintenance service is the routine maintenance of the entire apartment, renting of flats or villas or taking up renovation, if any. Our every project is always supported by our periodic maintenance service. Our maintenance team takes care of the maintenance of the apartments for a long term. Corporate Social Responsibility Our concern for the environment is reflected in all our creations. Some of the prominent features incorporated in our constructions are:, Go Green with beautiful landscaping and greenery, Rain water harvesting, Water purifier and recycling plant, Piped Gas line, Solar electrical lights for common areas (proposed), We feel fortunate to have gotten the opportunity to construct the famous Nanganallur Anjaneya temple in Chennai. Sreenivas also extends a helping hand to poor and uneducated families by providing employment and educational assistance in times of need. 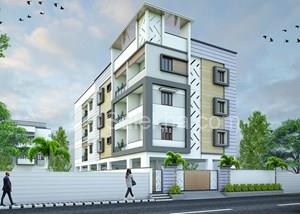 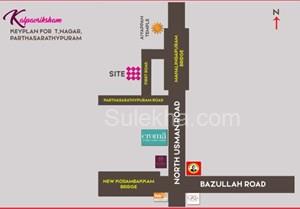 Ramakripa is a modish residential apartment established by Sreenivas Housing in the most popular area of Chennai at Thyagaraya Nagar. This residential abode is aesthetically carved for the ultimate comfort of the dwellers. Each and every room of the apartment is spacious and breezy. The architects have made optimum utilization of space in the apartments. You are bound to feel lively in the bright, well-ventilated rooms here with ample natural light. The positive aura of the apartment will enliven you all through the day. Being situated at a prime location, all your daily requirements are taken care of. For a blessed life with your family, move into Ramakripa Apartments.

Thyagaraya Nagar, highly known as T.Nagar is a popular neighborhood of Chennai city. The town was named after the Justice Party Leader Sir P. Theagraya Chetty. The streets, parks and localities in the new neighborhood were named after important officials in the provincial government.

• It is the biggest and principal shopping district in the city as well as in India by revenue though conceived as a residential locality. • The locale is highly popular for its surplus of saree and gold retailers like Saravana Stores, Pothys and Nalli Silks. • Unofficially, T. Nagar is the commercial capital of the city pushing back Broadway (Parrys Corner), the center of the city, and Pondy Bazaar serves as the satellite commercial hub for T. Nagar situated around the Thyagaraya Road.

• T.Nagar has a great accessibility to most parts of the city by bus. The T. Nagar Bus Terminus off Usman Road is a hub for services operating through the commercial district, including routes to Thiruverkadu, Mylapore, Kodambakkam, Avadi, Nungambakkam, Parrys Corner, Ennore, Manali, Tambaram, Poonamallee, Thiruvanmiyur, Ambattur, Pattabiram, Annanagar and Tiruvallur. • There are also routes to various other places in neighboring Kanchipuram and Thiruvallur districts.• Other important bus stops in T.Nagar are Panagal Park, Pondy Bazaar, Power House, and Vani Mahal.

T. Nagar has a variety of entertainment choices. It is one of the major hubs for the Carnatic Music Festival Season with a number of Sabhas which host famous performers.

It also has parks, cricket grounds and other recreational activities. The 8-acre Panagal Park is the most prominent one in the region. Other Parks include:

• Dr. Natesan Park, which is the only corporation-maintained park that has a distinct tennis court for coaching children. • Jeeva Park is yet another well-maintained park in this region.

T. Nagar is home to several popular schools such as: