No new units are available in Sai Luxurious Homes

Why Buy at Sai Luxurious Homes ? 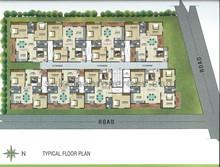 Sai Luxurious Homes is a magnificent residential project located in one of the rapidly developing Area. This Home brings you all the happiness of the world as soon as you step in. The project is spread across the acres of green land where you experience serenity and stillness in great form. The home has good ventilation and well-spaced rooms, which are thoughtfully planned and designed to experience a blissful life. Here, you will discover an infinite feeling of optimism and peace. This home ensures you and your family lead a healthy and comfortable lifestyle. The developer’s focus is to create houses that are functional, utilitarian and enchanting. This project presents spacious and skillfully designed homes. It is well-equipped with all the essential amenities to facilitate the needs of the residents. Every single thing from the interiors to the exteriors of the flats are crafted with precision and perfection. Natura Homes is the perfect home for a lifetime of delighted moments with your family. The development invitations you to love the peacetime and indulgences of your room like you have always wished for. Lead the kind of life you always wished to combine extensive and offer many features that one can wish for.

Rohini is located in North and is also known as the second largest sub city in Asia after Dwarka. The development of Rohini started in the year 1980 after the Development Authority began its urban extension programme. Rohini sub city has been divided into two zones, zone H and Zone M. Zone H comprises phases I and II while Zone M consists of phase III, IV and V. Many development projects such as The Japanese Park, rainwater harvesting and solar energy systems have also been set up in the area. Rohini is also located close to Mangolpuri market which is famous for granite, marble and other stones.

Rohini offers excellent connectivity to the rest of the city. The red line of the Metro runs through Rohini in addition to government-run low-floor buses and auto rickshaws. Currently, the red line of the Metro is being extended from Rithala metro station to Bawana. The Inter State Bus Terminal at Kashmere Gate is about 15 kilometres while the Indira Gandhi International Airport is about 25 kilometres from Rohini. With the extension of Sanjay Gandhi Transport Terminal to Narela, commuting to Haryana and other areas will become easier. Furthermore, Rohiniis situated close to other major areas including the North Campus of University, Rajouri Garden, Pitampura and Connaught Place.

Some of the hospitals in Rohini include Rajiv Gandhi Cancer Institute, ESI Hospital, Shree sen International Hospital and Golden Hospital.

Residents of Delhi as well as tourists frequent Rohini to visit Adventure Island and Metro Walk Mall. Spread over 62 acres, this is a one stop shop destination for adventurers, moviegoers and shoppers alike. Other malls situated in the neighbourhood include City Centre and D Mall and the Mangalam Market in C block is famous for designer stores. The famous Japanese Park, also known as Swarna Jayanti Park, is great for recreation and family picnics.

News Development work in Rohini scheme to be completed soon: DDA
Sai Properties Pvt Ltd
By sending a request., you accept our Terms of Use and Privacy Policy