No new units are available in Spacio Gourou Grandeza 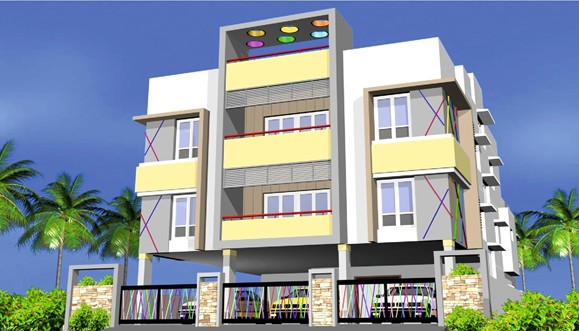 About Us As Chennai’s upcoming property developer, SPACIO INFRASTRUCTURES is moving towards pioneering innovation, and relentless devotion to customer satisfaction. In the near future, SPACIO INFRASTRUCTURES will be one of the most trusted and reputed names in the industry. In the past years, many aspects of SPACIO INFRASTRUCTURES have changed but two things have remained constant, its dedication to service excellence and its commitment to providing quality, affordability and value to generations. SPACIO INFRASTRUCTURES believes in setting new benchmarks of excellence, innovation and quality. SPACIO INFRASTRUCTURES takes pride in upholding the highest ethical standards by maintaining transparency and integrity in all our transactions with customers. Instilling a sense of ownership and pride enhances a long-term relationship with our customers. We have built our reputation by performing the highest quality work and providing the most innovative solutions on the widest range of demanding and high profile projects. We are one of the key organizations involved in single handed service provider in the construction field. We bank on our experience in varied types of buildings and interiors to deliver value. Our full spectrum of services encompasses multi-disciplinary architecture and engineering consultancy, project management, facilities management, construction management and materials testing. Founded in 2004, the firm provides an integrated service covering all major phases of projects from Planning till successful outcome of the Project. Planning is integral, collaboration is key, and the result is an uninterrupted workflow, which helps deliver a project to the full satisfaction of the client. We are specialist in Residential Architecture, Luxurious Bungalows, Apartments, Educational Institutions, Multi Storied Commercial outlets etc., Spacio Infrastructures was initiative by young enterpreuner Architect Mr. Lokesh G in the Year 2004. Architect Mr Lokesh G had his Masters from IIT Roorkee, a world's premier institute and has his background in Architecture. Insistence on quality of service, hard work, and responsiveness to client needs remains the company credo and has led to its success in a competitive industry. The company’s ability to address changing conditions and demands, find and serve diverse markets, and expand its services has resulted in the company to growing far beyond. "SPACIO - Committed for one stop solution in Design and Construction" "SPACIO - Committed for Client's Satisfaction"

Why Buy at Spacio Gourou Grandeza ? 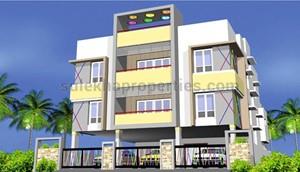 Gourou Grandeza has been brought into existence by one of the most putative builders, Spacio Infrastructures and the residential project, located at Mugalivakkam, Chennai. Many thoughtful touches make living here a pleasurable experience and it is well connected by various modes of transportation. Gourou Grandeza is well planned and executed with quality products and offers 2 and 3 BHK apartments with basic amenities, at an affordable price.

Mugalivakkam is a residential neighbourhood situated 16 kilometres towards the southwest of Chennai. It is bound by Ramapuram in the northeast, Meenambakkam in the southeast and Porur towards the north. Other areas such as Manapakkam, Kolapakkam, Iyappanthangal, Valasaravakkam and Nandambakkam surround the neighbourhood.

Mugalivakkam real estate is gaining traction among home seekers as the area has a well-developed social infrastructure. Property in Mugalivakkam is available in built-up area ranging from 382 to 4,000 sq ft while the configurations available here range between 1-5BHK. The price of Mugalivakkam property has increased by eight per cent in past 31 months. Popular projects in the area include Sarithra Apartment by Sri Sapthagiri Developers, which has 15 units available in area ranging from 894 to 1,368 sq ft, and Harini’s Keerthi, which has 24 units measuring from 882 to 1100 sq ft.

News Mugalivakkam is a residential neighbourhood situated 16 kilometres towards the southwest of Chennai
Spacio Infrastructures
By sending a request., you accept our Terms of Use and Privacy Policy