No new units are available in VGP Sirupuluvappatti Plot

History The History VGP Housing is nothing but the history of VG Panneer Das, a pioneer in several creative ventures. A poor Christian from a remote village called Azhagappa Puram near Valliyur in Tirunelvelli District , Tamil Nadu and worked as a Assistant in a Ration Shop in Saidapet, Chennai. He worked hard, with head and heart, and soon established his own tea shop in 1954 besides Newspaper vending along with his younger brother VG Santhosam. Not content with just that and bolstered with the arrival of his youngest brother V.G.Selvaraj in 1960. In 1955, he opened a shop selling items such as alarm clocks, watches and wall clocks. He was the pioneer in South India to introduce Hire Purchase for everyday goods. He built the VGP company from virtually nothing to its present status as a group of companies including retail, real estate and property development, resorts and amusement parks. He pioneered the idea of "Buy now... pay later" A concept unheard in those days. The organization which he founded has been a remarkable success during the last five and half decades. He was an exemplary citizen of India, with the interest of the employees and compassion for the poor. The rest is history. Philosophy The Philosophy of VGP Housing is deeply anchored in the vision of the founder of VGP Group, Mr VG Pannerdas. The first foray into Reality business was in Feb 1972 with the forming of Layout in the name of VGP Veerabhadra Nagar, Near Medavakkam on the Vellacherry –Tambaram road. The Layout was neatly laid out and sold out in no time under the Mr Pannerdas’s philosophy of reaching out to the common man . Under “Shelter for everyone”. He introduced the concept “Take possession and pay later”. This was a pioneering concept introduced by Mr VG Paneerdas. Our Founder’s philosophy was not only related to “ Everything for everyone” but also underlined his desire to create space for the growth of our Culture and to nurture the value and traditions of its. VGP Housing stands on this strong philosophical edifice. VGP Housing – Deals with Residential Plots., Homes, Designer and Garden Homes., VGP Housing Best known for its trademark real estate layout development and sales., Started in 1972. it has stood the ground famously for the last 35 years, gaining more recognition and acceptance from discerning property won wide spread recognition from property investors., It has developed more than 200 Townships in all major cities and town of Tamil Nadu, besides other places like Bangaluru, Hyderabad and Mumbai VGP’s locations have high potential for growth., The construction arm of the company has built some of the best above said properties,., VGP’s Housing sites are model layouts, more than matching with stipulated norms., Locations which have a high potential for growth bringing prosperity., The VGP’s mantra has always been “Home For All”, VGP Housing has more than 1 lakh strong clientele base – a testimony to its stability and spectacular performance., Some of the outstanding projects successfully executed down the years are –, State of the art “Designer Homes” on the beautiful Beach front in Chennai. These are luxury homes. Designed for the connoisseur of art forms in homes., Classic Garden Homes near Bangalore., Elegant Apartment Complexes., 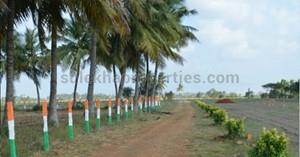